Which Europe countries are the best to work in? 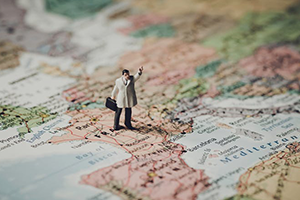 Which Europe countries are the best to work in?

Every year the vast majority of Europe countries are ranked by various parameters such as jobs, life satisfaction, education, safety, income. This statistics is initiated by Organisation for Economic Co-operation and development (OECD), which indicates people well-being in member countries. Which are the best countries in the Europe to work in?

Work is obviously beneficial for Economic. Countries, which have high levels of employment are richer, more politically stable and healthier.

Finding the suitable balance between work and daily living is also very important for the well-being. The more people work, the less time they have to spend on other activities: from eating and sleeping to leisure and personal care. Workers in Spain and Denmark spend on average 16.1 hours of the day for activities that are mentioned above. In Belgium – 15.7 hours , in Norway – 15.6 hours , in Holland – 15.4 hours, in France and Germany – 15.3 hours, in Ireland – 15.1 hours.

Fill in required fields and begin tax refund. All information will be sent to your e-mail.

Your registration has been successful!
Thank you for registering.
Now check your email for an account activation email.
Thank you! Check your email. We have sent you all necessary information with document package.

Your opinion means a lot to us

Your reviews help us grow and keep improving the quality of our services.

Fill in required fields and find out the amount of your tax refund.

We would like to inform you that order to improve your browsing experience this site uses cookies. To agree, please click the "Accept" button or continue browsing. You can cancel your consent anytime by changing your Internet browser settings and deleting saved cookies.
Read More